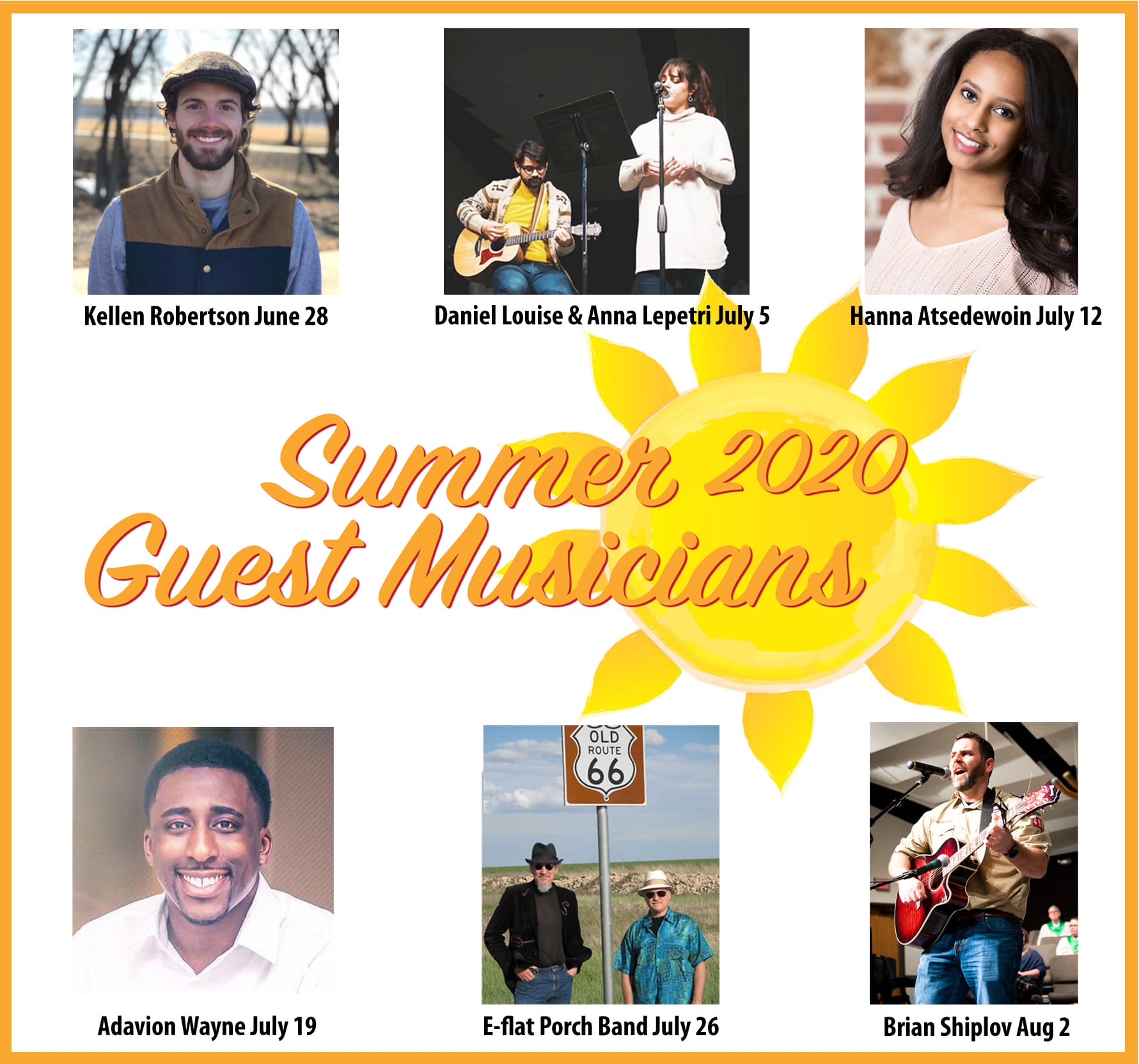 Each summer, the Music Ministry invites a variety of guest musicians to sing and play in our worship services. We look forward to an amazing summer at Trinity with a rich and diverse musical experience.

June 28 – Kellen Robertson
Kellen Robertson has been a member of Trinity since 2001. He started playing guitar and singing with the youth praise band and music has become an integral part of his life. Now, Kellen works as a civil engineer at RLG Consulting Engineers in Dallas and enjoys spending time with his fiancee, Courtney, and their two blue(tiful) heelers, Jamie and Reagan.

July 5 – Daniel Louise and Anna LePetri
Anna LePetri and Daniel Louise are so excited to lend their talents to Trinity’s music ministry! Anna is the Alto Section Leader with the Trinity Choir  and Daniel is a guitarist and repeat guest musician with Trinity’s music ministry, dating back as far as 2015. He met Anna at Full Sail University in Central Florida, where she got her Bachelor’s degree in Music Business and he earned his in Recording Arts. They bonded over their love and history of touring, performing, and writing and recording music and following graduation, moved back to Daniel’s home city of McKinney! It was a challenge for Anna to leave her home in Long Island, NY but a worthwhile decision as she’s happily found her second home in McKinney and at Trinity. Trinity has always been a warm and welcoming church for the duo and a place that’s allowed their talents to grow and flourish. They enjoy putting their own spin on both church hymns and more modern Christian music from artists like Francesca Battistelli, Tori Kelly, and Kari Jobe.

July 12 – Hanna Atsedewoin
Hanna Atsedewoin, soprano, is currently an undergraduate vocal performance student at the University of Louisiana at Monroe (ULM). During her time at ULM, she has been a part of the ensemble in Candide and The Phantom of the Opera. She was also cast as Lady Beaconsfield (Jeykll and Hyde) and she also performed Zerlina’s aria, “Batti, batti, o bel Masetto” for the Spring 2019 Opera Scenes production. Hanna’s experience on the concert stage includes solos in ULM’s large choral and orchestral performance of Dan Forest’s Requiem For the Living. In fall of 2019, Hanna made her principal character debut as Monica in Menotti’s The Medium, and she won 1st place in the sophomore women’s category at the National Association of Teachers of Singing (NATS) Southern Region competition singing “Monica’s Waltz”.

July 19 – Adavion Wayne
Adavion Wayne is a singer, songwriter, conductor, educator, and lover of music! Originating from Shreveport, Louisiana, music has always been part of his life and upbringing. While working with gospel groups and church choirs in the area, Adavion began composing gospel music which led to two recordings of his music being released independently. Currently, Adavion is the founding executive director of Houston Sound of Color, a nonprofit organization that celebrates the minority imprint in the diverse and colorful landscape of classical music.

July 26 –  E-Flat Porch Band
A renowned local folk and blues acoustic band, the E-Flat Porch Band is named for the porch in McKinney, Texas where the members first practiced – it resonates to the key of E-Flat. Duane Brown and Rudy Littrell form the core of the band, entertaining with their unique blend of acoustic “porch music,” including folk, Blues, early country, jazz and original tunes.

August 2 – Brian Shiplov
Brian Shiplov has been a Trinity member since 2008. Brian works by day as a veterinarian (in fact he treats many of the beloved pets of Trinity) but he loves to sing and play the guitar, and is a favorite contributor to our worship services throughout the year.