Ministers of Word and Sacrament in the Presbyterian Church (USA) are called individually by vote of the congregation and under the jurisdiction of Grace Presbytery, the regional governing body of the PC(USA). 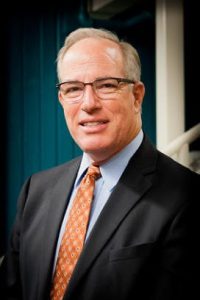 Reverend Norwood V. “Woody” Brown, III is from Pine Bluff, Arkansas, where he and his family were active members of First Presbyterian Church. Growing up, Woody became an Eagle Scout and was a long-time camper and counselor at Kanakuk, a Christian camp in Missouri. These experiences impacted his call to the ministry. Woody received a business degree from the University of Arkansas and his Master in Divinity from Columbia Theological Seminary in Atlanta.

Woody has served churches throughout our denomination as senior pastor for 30 years. He served as the senior pastor and head of staff of Rolling Hills Presbyterian Church, a suburban church in Kansas City. While at Rolling Hills, Woody led the congregation to re-establish its sense of mission and vitality as a Community of Grace. With an emphasis on worship, care, and mission, the congregation intentionally reached across the sanctuary, across the street, and across the sea to change lives. Woody is passionate about vibrant and meaningful worship and walking alongside all of God’s people to support them in life’s journey. Most recently, the Session of First Presbyterian Church of Dallas called Woody to serve as the Interim Pastor / Head of Staff. He served as their third Interim Pastor from August 2018 until February 2019.

Woody commented about Trinity Presbyterian:
“I am honored and excited to serve the people of this great church. Truly, Trinity Presbyterian Church of McKinney is a strong, vibrant, and healthy community of faith. Together, we will grow in faith, care with love, and serve with joy. I hope the congregation feels free to call on me as needed. I look forward to joining the staff of TPC. I am eager to know the members and friends of Trinity as we will share life and faith together.” 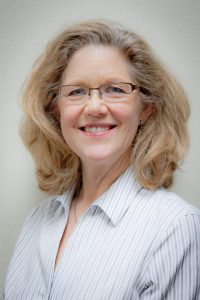 Mally has served as the Associate Pastor at Trinity since 2005. Her focus at Trinity includes missions, our Deacon-led ministries of compassion, pastoral care, and our Open Hearts ministry. In addition to her MDiv degree, she is a graduate of HeartPaths Spirituality Center, which provides training in contemplative spiritual practices. Prior to her position at Trinity, Mally worked for years in youth and campus ministry.

Mally and her attorney husband Chuck have been married since 1985. They have two sons, Alec who lives in Los Angeles and Christian who lives in Austin. Their household also includes Mally’s father, World War II veteran Chet Rohn, and Finn (a rescued Golden Retriever/Great Pyrenes mix) who resembles a fluffy bus. For fun Mally enjoys gardening, reading, going to the movies and trying out new ethnic food restaurants/recipes. 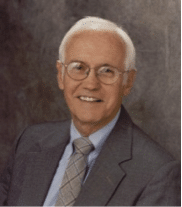 Ralph McCulloch Graham, a native of Pittsburgh, Pennsylvania, observed the 50th anniversary of his ordination as a minister of the Presbyterian Church USA on June 13, 2010. He has been pastor of churches in Pennsylvania and Scotland, as well as serving as interim pastor or stated supply for fourteen churches in Texas and Arkansas. Rev. Graham has served congregations ranging in size from less than 50 (Mammoth Springs, Arkansas, and Leonard Texas) to 2,500 (Drumchapel Old Parish Church, Glasgow, Scotland).

Ralph and his wife, Jeannie (an ordained elder and retired nurse), have been married for 56 years. They have three married daughters: Heather Graham, Holly Baker and Leslie Vestal (Holly and Leslie are both TPC members); four granddaughters, one grandson, and one great granddaughter. Ralph and Jeannie have lived in McKinney since January, 2001.

Rev. Graham holds a Ph.D. from the University of Glasgow, Scotland; as well as a Master of Divinity from Pittsburgh Theological Seminary (Presbyterian), and an MBA from Trinity University. His undergraduate degree is from Muskingum College (Presbyterian), Ohio.

Dr. Graham was associated with Trinity University in San Antonio both as a member of the Religion Faculty and as an administrator. He subsequently served as Vice President of Lyon College, a Presbyterian school in Arkansas. He has taught at Texas Lutheran College and Schreiner College. He has been a Visiting Lecturer at Austin Presbyterian Theological Seminary.

His other ministries includes Program Director of Mo-Ranch, the conference center of the Synod of the Sun, and Coordinator of Mission Support for Presbyterian mission work in Northern Mexico. He has served at every level of the Presbyterian Church (USA) and recently served as moderator of the Examinations Committee of Grace Presbytery.

Ralph has been an active advocate for peace and justice in the Middle East for over forty years. He visited Israel-Palestine for the first time in 1964 when he and his wife drove from Glasgow, Scotland to the Red Sea in their VW beetle. His subsequent visits include four in the past decade. Dr. Graham has led international Christian pilgrimages for more than 30 years and has visited more than 30 countries. 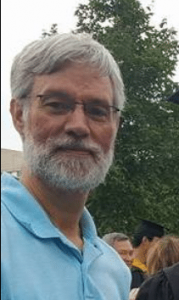 Clay has been a Presbyterian pastor for over 34 years, serving churches in Malvern, Arkansas and five churches in Texas. Clay’s passion for our neighbors has taken him on mission trips to Guatemala, Honduras, El Salvador, the U.S.–Mexico border, Cuba, Israel/Palestine, Egypt, Lebanon, and Syria. He has participated in a Civil Rights Pilgrimage in this country and speaks and leads conversations around racism, particularly at the Retreat House Spirituality Center in Richardson. Five years ago, Clay left the local church he was serving to follow a mystical path, a call into a deeper following of Christ. Clay is an artist, speaker, spiritual director, and published author. He serves as a participant and director of Retreat House where he is the guide for two monthly meetings – Contemplative Painting and the Writer’s Gathering. Clay is married to Crysta. They have two children, Drew and Michaela, two dogs, and a turtle.

At Trinity Clay’s focus will be to help us walk more deeply and reflectively with Christ and also to help us explore and address racism. 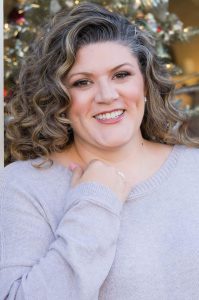 Rev. Pepa Paniagua is a cradle Presbyterian, and grew up in the San Francisco Bay Area. She loves the ocean and mountains, she is a SF Giants Fan, and roots for the 49ers, even when they make it hard. She attended Whitman College in Walla Walla, Wa- the town so nice, they named it twice!

After graduating, with degrees in Religion and Gender Studies, she moved to Austin, Texas where she attended Austin Presbyterian Theological Seminary. Despite a proclamation that she would “never live in Dallas”, Pepa has been living in the DFW area, and serving in Grace Presbytery for more than 13 years. In 2020, Pepa pursued a call to create a more inclusive and affirming space for our LBGTQIA siblings, and kin∙dom community was born. The team for kin∙dom community is thrilled to be partnering with Trinity Presbyterian as we continue to nurture this new worshiping community, and we are excited to see what God will do in and through this relationship.

Pepa and her wife, Kelli, live in McKinney with their dogs, Posey (after Buster Posey of the SF Giants), Opie and Tyson who regularly remind them why they can’t have nice things.

Pepa is the organizing pastor of kin∙dom community, a new worshiping community reaching out to our LGBTQIA siblings and those who aren’t comfortable in the traditional church. Because of her commitments there, Pepa will not generally be a part of our day to day activities, but we anticipate learning with her as we support her in this innovative endeavor. 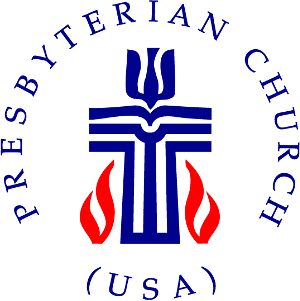